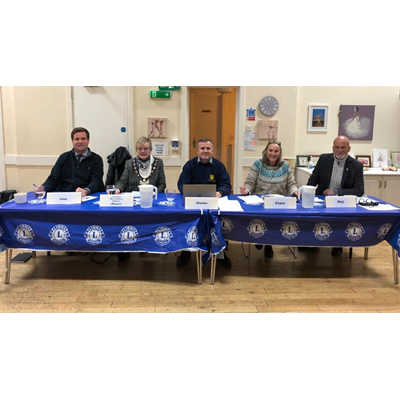 Who knew our Awards Officer was such a dragon?

Our Awards Officer, Clare Junak, was delighted to be invited to be a part of the judging panel at a recent ‘Dragon’s Den’ style funding event.  Aptly named the ‘Windsor Lion’s Den’ and organised by the Lions Club of Windsor, charities were encouraged to submit an application to ‘pitch’ their projects to be in with a chance of receiving funding.

The entries were shortlisted to six each of whom presented in front of the Lions.  The end of each pitch was followed by a question-and-answer session. After much discussion, four charities were selected for funding.

Clare said ‘I was delighted to sit on the judging panel at the Lion’s Den, it was a really fun, and insightful evening. The charities who received funding demonstrated the need for their project, along with the mechanics and financials of how to facilitate it. The Shanly Foundation have supported the Lions Club of Windsor for many years and it was lovely to work with them on this initiative.”