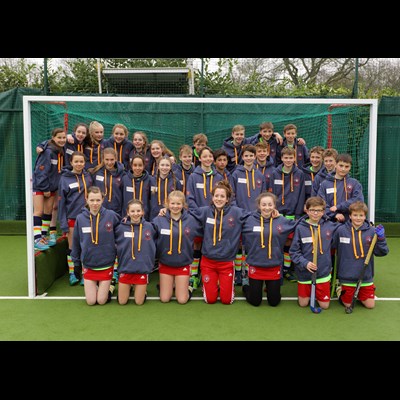 Over the Easter weekend the Marlow Colts under 14’s hockey team went up against the Evergreens Hockey Club from Holland, and Shanly Foundation were delighted to sponsor the hooded jumpers worn by the Marlow Colts for this Dutch tour.

The tour has been running between Marlow Hockey Club and Evergreens Hockey Club for 41 years, with the clubs taking turns to host the event. This year’s event was hosted by Marlow with Evergreens Hockey Club arriving by coach on Good Friday. It was a fun filled weekend for the teams with a quiz and fish and chip dinner on Good Friday, a full day of hockey on the Saturday with Marlow Girls Bs winning overall followed by a disco in the evening and another full day of hockey on Easter Sunday with Marlow boys and Marlow girls winning overall.

In order to raise money for the event Marlow Hockey Club took part in a weekend of bag packing at Sainsburys and raised an incredible £700.

It was a fantastic weekend with many new friendships formed. The Marlow Colts will be reunited with Evergreens Hockey Club next Easter when they take their turn hosting in Holland.