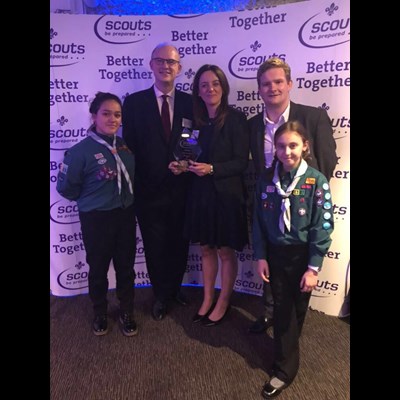 Thrilled to receive award from The Scout Association

We were thrilled to be announced winner of the Best Campaign award at The Scout Association’s ‘Better Together’ awards ceremony held on Thursday 23rd November at The Barbican. This was in recognition of the very successful Building Futures competition which Shanly Foundation ran earlier in the year in partnership with The Scout Association, where Scout groups were asked to design a new Scout hut.  Sue Piper, Head of Fundraising for The Scout Association, commented on the sum of the prizes being awarded (£200,000) which will “enable the sustainable future of Scouting adventures nationwide”. We look forward to more collaborations with Scout groups in the future.