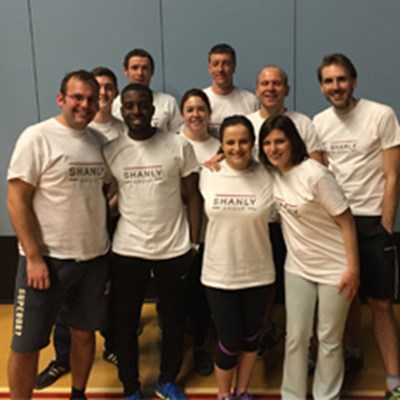 The Shanly Foundation team were thrilled to take first place in this year’s Maidenhead Christmas Cracker Challenge. Competing against other teams including those from the local paper, local businesses and the Royal Borough of Windsor and Maidenhead the team stormed to victory in events including ‘Pillow Warz’ and ‘Knock Your Block Off’. The Christmas Cracker Challenge is the final event of the Cracker Appeal which runs throughout the year aiming to raise money for charities, groups and organisations throughout the Borough. Funds raised are used by the grateful recipients to spread a little joy and happiness during the festive season either by way of a party, Christmas lunch or similar. Tamra Booth, trustee of the Foundation said “we have supported the Cracker Appeal for a number of years – we particularly like that it benefits so many groups and organisations within the community at what can be a difficult time of year”.